A while back, we learned that foreigners resident here, such as ourselves, could apply for and get Senior Discount Cards from the Mexican government department known as INAPAM. It used to be called INSEN. Now it's Instituto Nacional Para Las Personas Adultas Mayores

Considering the many economic benefits for nosotros los extranjeros that we already have, this seems an act of unbounded generosity on the part of the Mexican government. But we are loath to turn down discounts and free offers, especially when they come without any "catches".

In theory, we could have obtained these cards when we arrived to live here, but two years plus passed before we got around to it. There are many other, higher priority tasks to be accomplished before this one.
On Tuesday, we went to the office of the INAPAM delegacíon Morelia.

The process was very easy. There was only one client ahead of us. (There was only one worker at that point. A bit later, another came in.)
I explained what we had come for, and she asked if we lived here permanently. We showed her our FM3s and passports. We already had color fotos infantiles which we'd had made at Farmacia Guadalajara in Pátzcuaro.

The INAPAM lady didn't ask to see our birth certificates nor our comprobantes de domicilio, all of which we had brought, just in case.
We signed the cards, she glued on the photos, laminated them, and we paid 5 pesos each. That was it. It was very informal and non-officious.

They had run out of the pamphlets of affilated businesses that offered discounts. When and if those become available, ¿quien sabe? Meanwhile, it doesn't hurt to ask when shopping. We do know that some inter-urban bus lines offer 50% discounts on fares, although a limited number of seats are allocated to this. That alone, plus discounts at some farmacias are substantial benefits. Other Senior services are provided, depending on where one lives and availablity, although we are less likely to avail ourselves of those.

This 3 mb PDF file lists some of the benefits and affiliated businesses offering discounts, but it's focused primarily on México, D.F.

Chasing the Shadows with Flowers 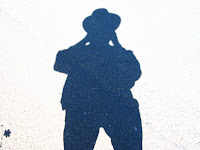 Sometimes gloom settles heavily on the psyche. It may be from lack of activity or perhaps from the weight of years, with its attendant ailments. Or it could be a vitamin deficiency.

But few treatments are as effective as a vigorous walk for an hour or more, preferably in the late morning. Now is the optimal time of year for walking, with clear, sunny skies and pleasant temperatures. But the splendor of the wildflowers that appear in September and gallantly resist the scarcity of rains has a specially therapeutic effect.

The flowers along the roadside dazzle with their colors of pink, gold and deep blue. The fields not in cultivation are spread out in pink blankets of cosmos. Girasoles (sunflowers) beam cheerfully on their long stalks. The mountains form a steady green backdrop to the impermanent but welcome floral displays of this season.

Today, after the sun comes over the hills and when the morning fog lifts, I'm going for a walk amidst the flowers.