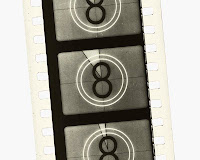 "Como una película, excepto estuvo real."
"It was like a movie, except that it was real."
About 2 hours out on our flight, Continental 1736 Newark to México City, the old man with a silver headed cane, who'd been  seated across the aisle from me came out of the bathroom with ashen face.

A flight attendant asked him if he was all right, but he didn't reply. The FA asked me if I spoke Spanish (By an amazing coincidence, she was the same FA of a year ago, when we flew 1st class, after attending a wedding at WEst Point.) When I spoke to the man, he didn't answer. Another bilingual FA came out and was able to communicate with him.


The FA went on the PA and asked if there were any medical personnel aboard.
Like in the movies, the slender, good looking middle aged Mexicana seated directly in front of me rose and said, "Soy médica." "I am a doctor."

Doña Cuevas recalls there was an extended pause before the doctora responded, but I don't remember this.

There was a Chasidic Rabbi aboard, but he was not called upon to take a visible role in the drama.

The elderly lady traveling to Mérida, who'd been wheeled to the boarding gate in a wheelchair would undoubtedly miss her connecting flight. We hoped she would be well cared for until put on an onward flight

The doctora and the Flight Attendants attended to the sick man, taking his blood pressure and administering oxygen. They later moved him to the back of the aircraft, I suppose to lessen the stress on other passengers.

Then came an announcement from the Captain that we would be landing at Houston IAH to deplane the sick passenger. All of us would have to remain  on the plane, as it was an international flight.

We stayed on the ground at IAH about 40 minutes, to refuel. Then we took off for México City, arriving about an hour late. Fortunately, Immigration was as easy and pleasant as always; our bags arrived on the belt before we did; and the Customs process went smoothly. We got the green light, so all my exotic food imports passed without close inspection.

The porter who schlepped our bags was a friendly man who welcomed us to Mexico; the taxi driver also was an affable gentleman.

We ate supper at the Restaurante Covadonga next door to the hotel. It was nothing special but it was very convenient.

Back in the hotel "Master Suite", I filled the Jacuzzi and immersed myself in its bubbling, soothing waters. I was soaking in the odd events of the day.

Last night, we slept soundly, some 11 hours in all. After a hearty breakfast of cafe con leche, fruit and Huevos a la Veracruzana, we walked to Plaza La Villa de Madrid, then back to the hotel for a nap.